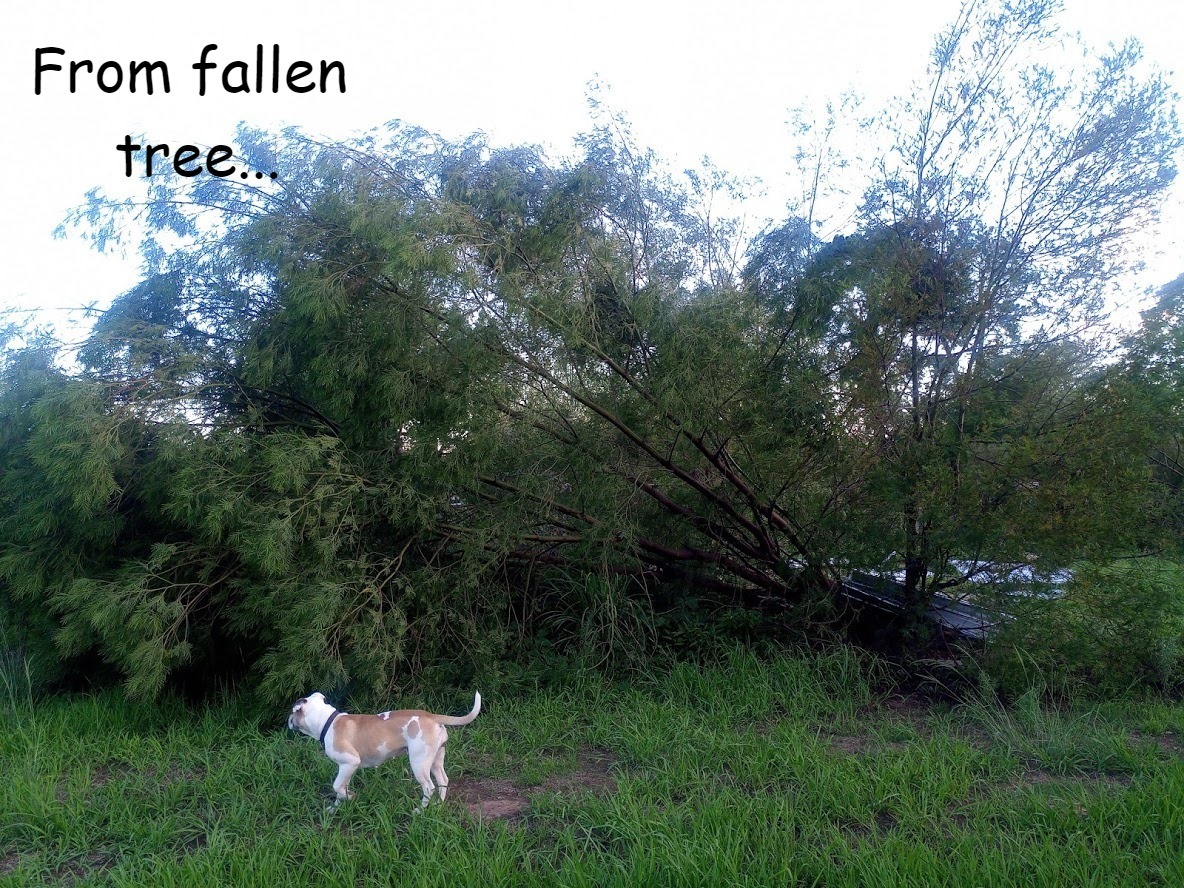 When the storm a few weeks ago brought down two wattle trees on top of my vegetable garden I was (understandably) devastated. I was desperate to bring in the chainsaw and remove both trees as quickly as possible and start my garden again. But life got in the way and several weeks later the wattles still remained. The unexpected benefit of this meant that it gave me time to stop, observe, and think rather than making a hasty decision that would have completely destroyed my plants as we stomped on them and dragged out the trees.

It occurred to me that the heat of our summer months sent most gardeners running for the shade cloth to protect their precious vegetables from the scorching sun. Is it possible that I may have before me a ready-made shade sail over my vegetables?

I noticed that the trees still had enough roots remaining in the ground so that they were still alive. This meant I would continue to have leaf cover, however, given that wattles are evergreen I knew they would shade in both summer AND winter. So I looked further into how I might use them as my sun shade in summer only. My decision was that, knowing the sun angle in the sky in mid-summer is 79.9° high and in mid-winter it is only 33.1° high I used these calculations and cut back the branches that would shade out the lower (winter) sun angle but left in place the higher branches positioned at an angle to shade the higher (summer) sun. I also left any major branches that looked like they were supporting the weight of the trees.

When I cut back the branches I let smaller pieces drop to the ground right where I cut them so they would become mulch for my vegetables and provide nutrient to the soil as they decomposed. The larger branches I dragged out and threw them into the food forest area. I also left short pieces of the side branches sticking out so that the branches created a perfect climbing trellis over the vegetable garden (many of my plants had already started climbing up into the branches above).

The wattles will constantly reshoot new growth and as they do I have a continuous supply of mulch and nutrient positioned directly above my garden which I can chop’n’drop straight on top of the growing area. Too easy.

I am so glad I didn’t rush in and take out those trees before I took a moment to observe and turn my problem into a solution.

Now run outside and create your oasis!
Jo🐞

Planting Multiple Trees in one Hole