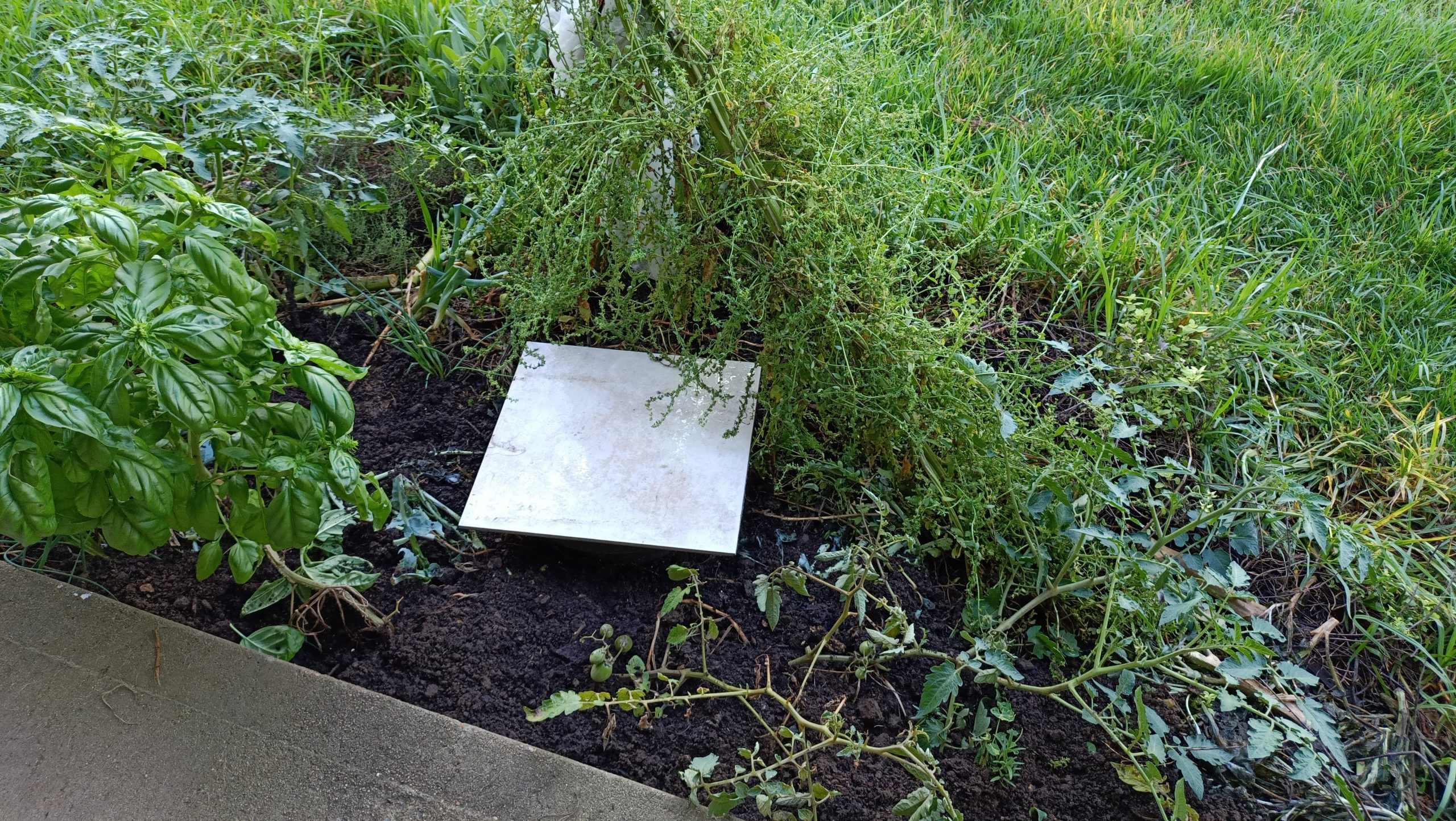 We have all been there – stack after stack of plastic pots left over from all the plants you have bought over the years. I am sure they breed in the dead of night…. So, on a quest to utilize some of the pots, today I decided to use one to make a worm tower.

Usually my kitchen scraps go to the chickens and ducks but I really wanted a system that is right on my doorstep and also improves the soil in the garden bed where I like to grow herbs. So a worm tower was the perfect solution. 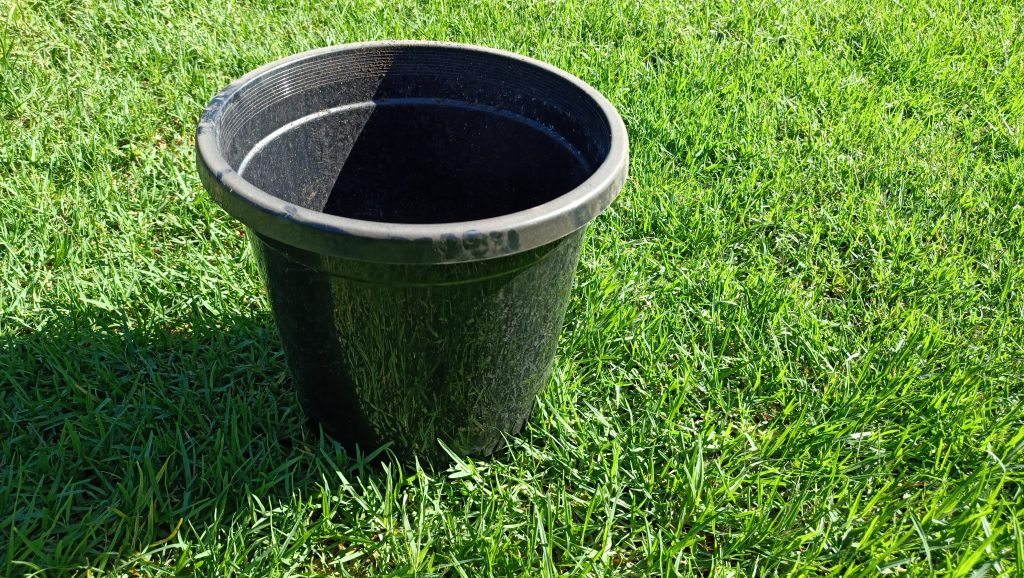 I chose a 30cm pot (about 14L). You will often see worm towers built with PVC pipe, however, compost worms mostly live in the top few inches of the soil (just under the food scraps) and therefore the larger the surface area of your worm tower the more worms the system can support and the more effective your worm tower will be in processing the kitchen waste. Something as narrow as PVC pipe will work but you might want more of them around your garden. Just use whatever you have laying around.

Firstly I needed a few extra holes in the pot. You could use a drill for this but I had my garden tools handy so I used the prong in my weeding hand tool to cut a circular hole into the plastic. I placed one fork of the prong firmly on the pot and swiveled the weeding tool around in a circle so that the second prong gouged the hole which I then just popped out. 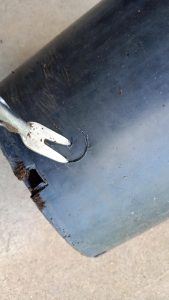 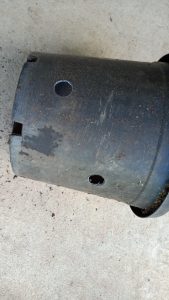 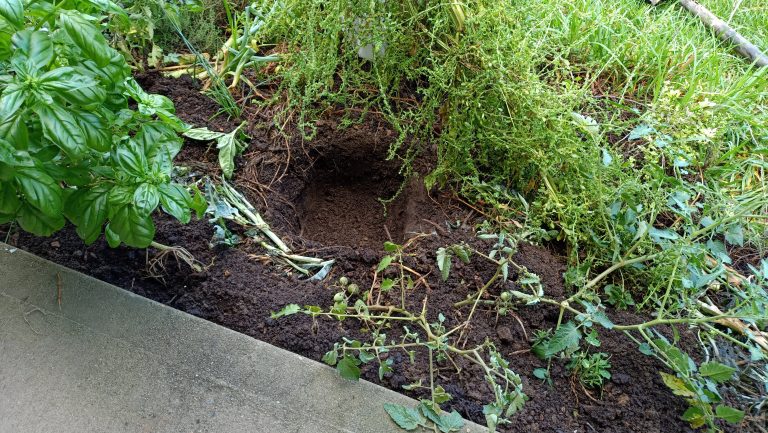 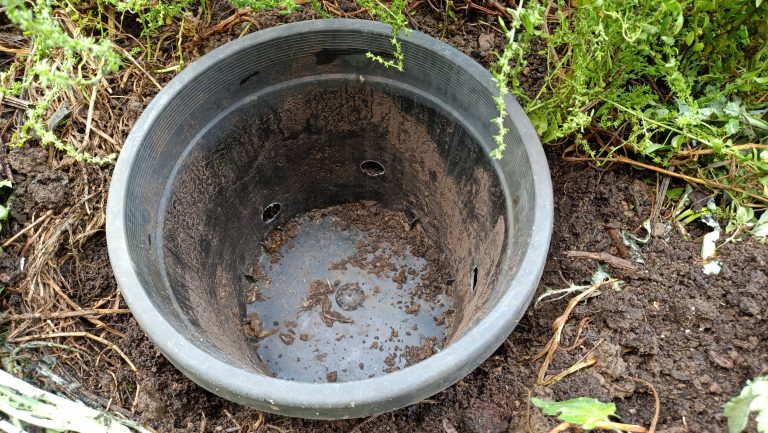 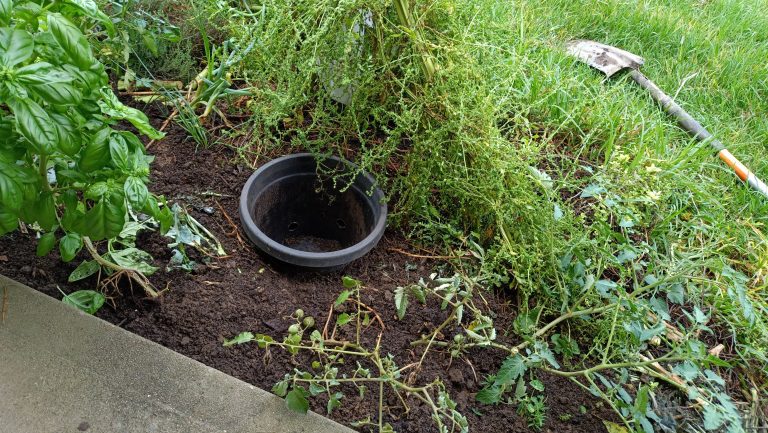 Next I cleared a spot in my garden bed and dug a hole that was large enough to bury the plastic pot.

Into the pot went some shredded paper that I had soaked for about half an hour. This will provide a bedding material for the worms. Other bedding material you could use includes aged cow manure or soaked coconut coir. 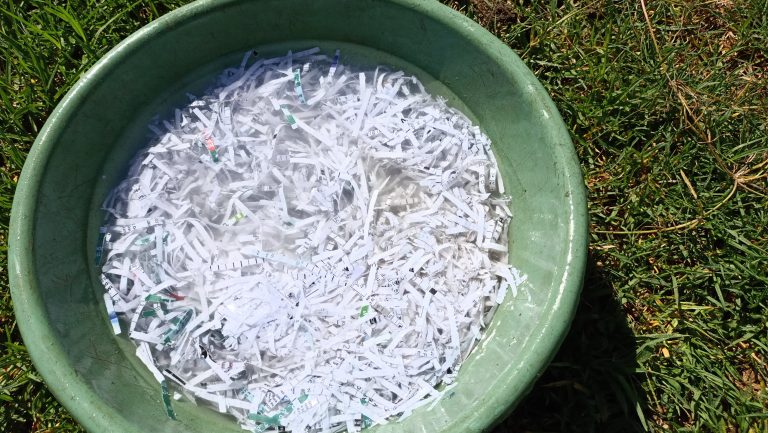 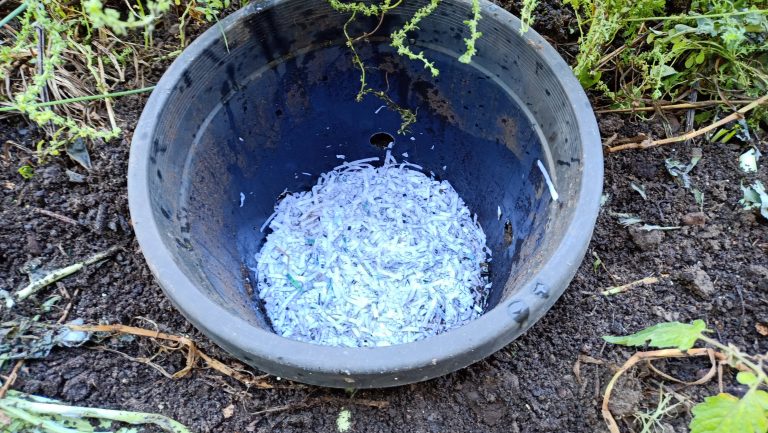 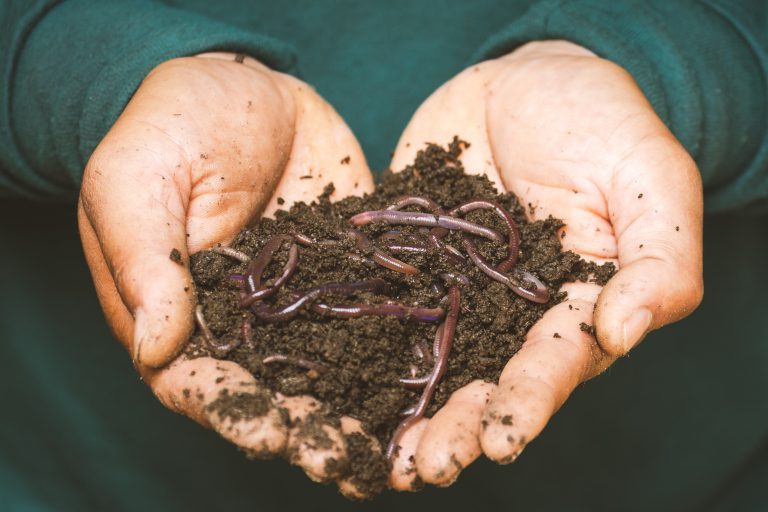 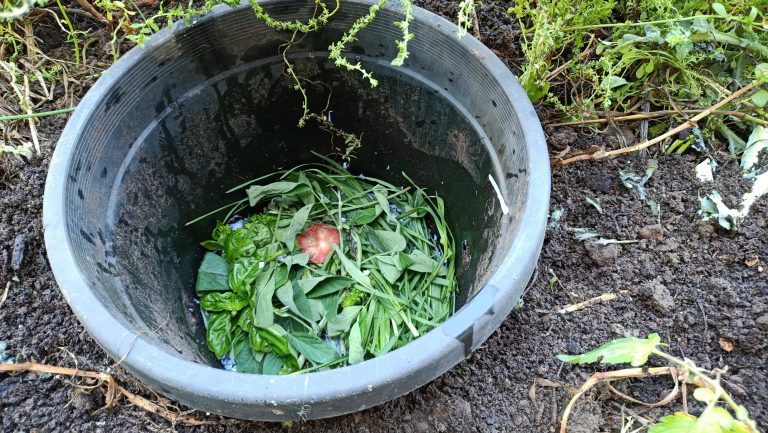 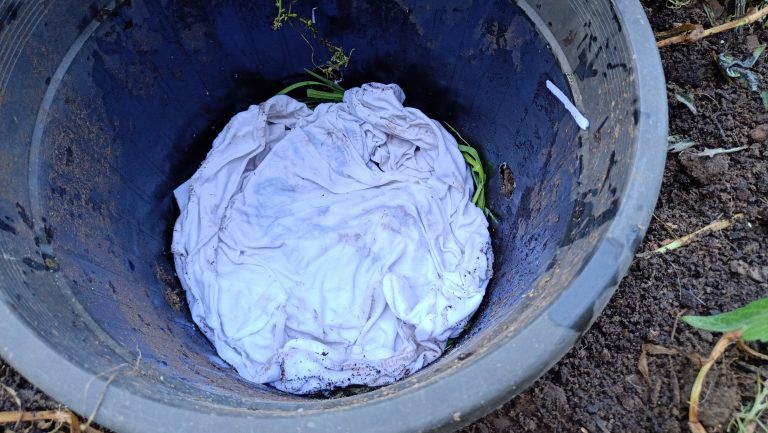 Kitchen scrap and a handful of compost worms go into the worm tower next, after which I got an old cotton shirt that I had wet and placed this on top of the kitchen scraps to keep the system moist and help block out light.

For a lid to the worm tower I found a large bathroom tile in the shed and placed that on top. This will further block out sunlight, stop the rain from getting in and drowning my worms, and stop the dogs from helping themselves to the kitchen scraps!

A nice touch to this is to place a small birdbath or insect drinking station on top of the “lid”. 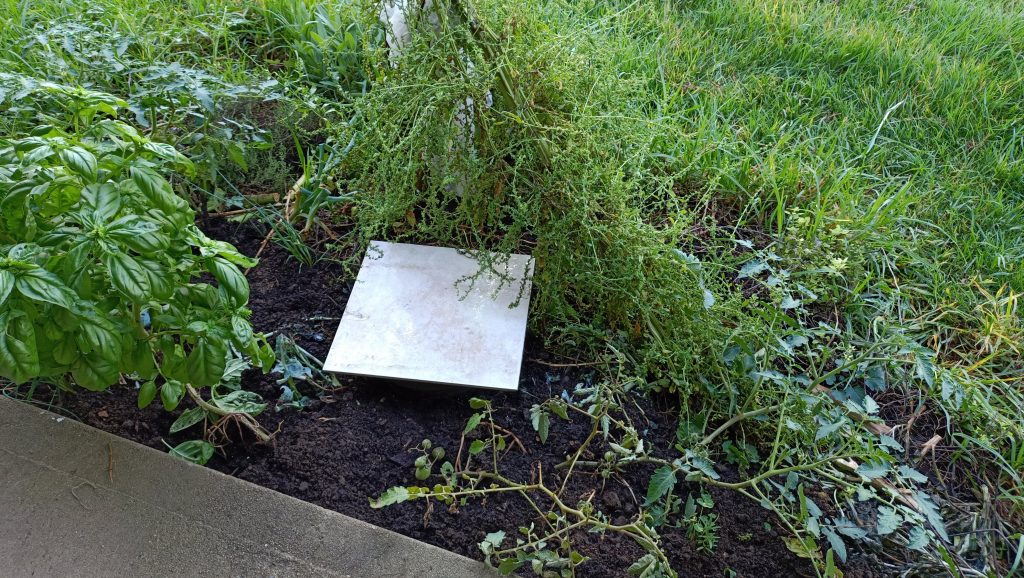 As a matter of interest, earthworms that you find in your garden soil are not the same as compost worms! Earthworms will take dead organic matter from the surface and carry it deep underground, they will eat soil, fungi, and the manure of compost worms. They eat organic matter which is towards the end of the decomposition process. Compost worms remain at the surface and feed on decaying organic material that is near the beginning of the decomposition process. A compost worm would not usually survive in your garden beds unless there is a constant supply of rotting plant material for them to feed on. Similarly, earthworms would not survive in a worm farm bin as they do not have the right food source or enough depth to burrow.

For people who want to make the top of the worm tower accessible from higher up (such as to access straight off your veranda) you could cut the bottom out of more pots and stack them on top of each other to make a “chute” and drop your kitchen scraps in the top.

Now run outside and create a worm oasis!