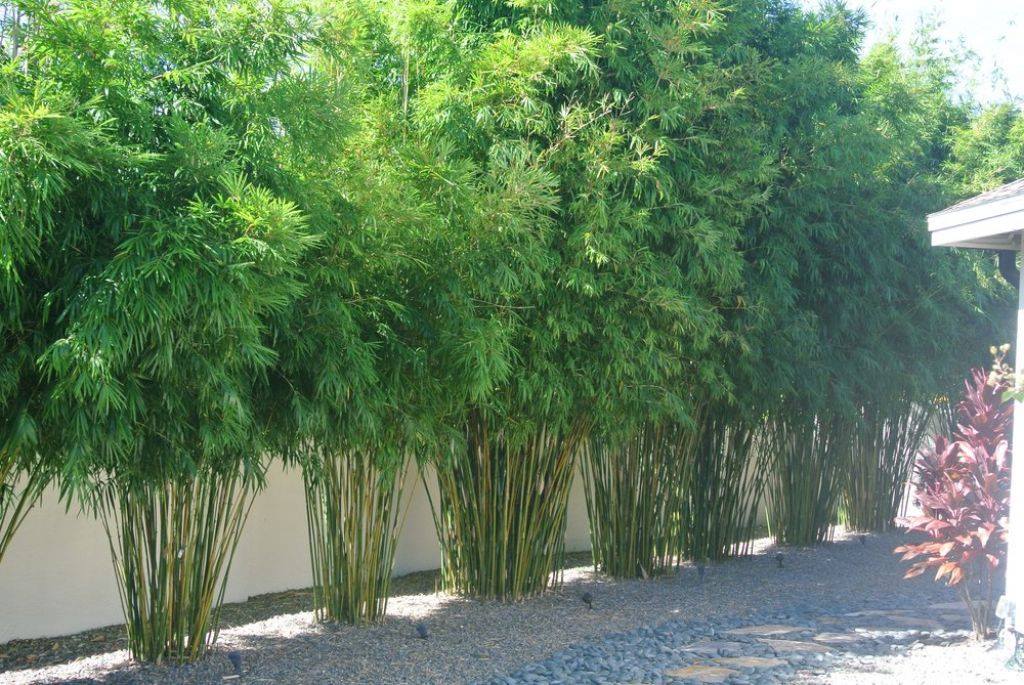 Bamboo – you either love it or hate it, but let’s take a closer look through the eyes of a permaculturist.

Bamboo is the fastest growing plant on the planet. There are over 1400 species of bamboo ranging from a recently discovered tiny 2cm tall bamboo species to a gigantic 30m specimen. Bamboo has a higher specific compressive strength than wood, brick, or concrete and a specific tensile strength that rivals steel.

There are two different types of bamboo – clumping and running. All bamboos spread via rhizomes. But whereas running bamboos have long rhizomes that are quick to spread horizontally, clumping bamboos have shorter rhizomes that stay closer to their point of origin and do not spread so rapidly. Both have their virtues.

One of the permaculture design principles is “Each element performs many functions” – and bamboo certainly fills that role.

Food source – Bamboo shoots can be eaten but not all are created equal. Some are better eating than others. Bamboo shoots should never be eaten raw. It can also be used as livestock fodder.

Screening – Growing bamboo can quickly create a screen for protection and privacy. It will also create soothing white noise that will disguise unwanted sounds such as from nearby traffic.

Soil – Bamboo rhizomes clump together creating a very stable growing medium that has the benefit of maintaining the soil structure. It is excellent for stabilizing the ground where erosion is an issue. Their root hairs create lots of pores in the soil for aeration. The leaf litter that bamboo creates is useful as mulch or in the compost.

The running variety of bamboo, if left unchecked, can spread rapidly, but if you are looking for a quick privacy screen without the gaps that the clumping varieties have then this could be your answer. Ways to control the spread of running bamboo include: burying a physical barrier around the plants (angle the bottom edge towards the plant to help prevent bamboo rhizomes from finding their way underneath); planting your bamboo on an “island” surrounded by water as they do not like wet feet; livestock nibbling the new shoots that appear in an unwanted area (or you can mow these shoots down); root pruning by driving a spade into the ground to sever and remove any wayward rhizomes.

The clumping form of bamboo may also need to be root pruned occasionally if the clump becomes too large.

Trivia: Many bamboos only flower at infrequent intervals – up to every 120 years. The longest flowering interval known is 130 years. In this instance, all plants of the same stock flower at the same time (known as mass flowering), regardless of differences in location or climate, and then the bamboo dies. The lack of environmental impact on the time of flowering indicates the presence of some sort of “alarm clock” in each cell of the plant which signals the diversion of all energy to flower production and the cessation of vegetative growth. This mechanism, as well as the evolutionary cause behind it, is still largely a mystery.

Warning: For those in bushfire prone areas bamboo is not recommended. Bamboo is highly flammable and produces a lot of leaf litter which poses an increased risk during bushfires, also, the culms can explode as the fire heats the air pockets inside the bamboo stems.