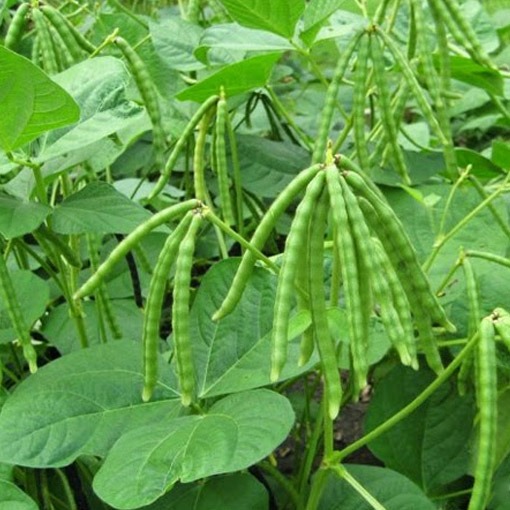 No doubt you have all heard about the important role that nitrogen plays in your soil. Many of you have also heard of the great benefits of the legumes (peas and beans for example) to add nitrogen to your soil. But unless you have done endless research trying to understand the processes and reasons behind this, you may not have realised just how much more there is to this story. Let me clear up a few questions you may have – and even raise some you never knew you had! The process is way more complex then you may have imagined and if it is not working for you then the information below just might help.

Our atmosphere is around 78% nitrogen but it is in a form which is not accessible to plants. Certain plants (mostly the legumes, although there are others) are able to convert this nitrogen into plant soluble forms with the assistance of a bacteria in the soil known as rhizobia. These rhizobia bacteria “infect” the roots of leguminous plants and, during a process known as nitrogen fixation, the rhizobia take the atmospheric nitrogen and convert it into ammonia which is then taken up by the host legume. In return, the plant supplies the bacteria with carbohydrates. Without the rhizobia bacteria, the plant is unable to fix nitrogen from the atmosphere. The nitrogen fixed by the rhizobia is used by the legume for growth and generally is not available to other plants in your garden until the legume is cut back and left to return its organic matter (and nitrogen) back to the soil.

Around 100 different strains of rhizobia bacteria have so far been identified, and this number is growing. Different legume species require different and specific rhizobial species to fix nitrogen effectively. It is likely that you do not have the correct rhizobia in your soil for the particular legume you are growing unless you are planting something indigenous to your local area or your soil has been previously inoculated with the correct rhizobia. I must note here, however, that many different strains of rhizobia bacteria are capable of forming nodules on the same plant – but not all of them will be effective and nitrogen fixation from these will have varying levels of success (or none at all).

Some legumes may suffer from nitrogen deficiencies if they do not have the relevant rhizobia present in the soil and are unable to fix atmospheric nitrogen. Other legumes are more effective at utilizing the nitrogen in your soil and will just draw it from the soil like any other garden plant. If your soil is already high in nitrogen or excessive amounts of nitrogen fertilizer is applied, the legume literally slows or shuts down the nitrogen fixation process. It is easier and less energy consuming for the plant to absorb nitrogen from the soil than to fix it from the air.

Effectively nodulated legumes do not actually obtain 100% of their nitrogen needs from the atmosphere and some are more efficient than others at nitrogen fixation. Subterranean clover, for example, fixes 81% of its nitrogen requirements from the atmosphere, while navy beans only fix 20% of their nitrogen requirements. The remaining nitrogen still needs to be supplied by your soil or from fertilizers. Out of interest, peas fix 66% and common beans fix 39%.

When annual legumes set seed their root nodules containing the rhizobia bacteria begin to shut down as the carbohydrates that provided energy to the bacteria are diverted instead into seed development. This results in the legume losing the ability to fix nitrogen from this point on. At maturity 30–40% of the nitrogen in legume crops is in the seeds. When we harvest our peas and beans, much of the nitrogen that has been fixed will be eaten (and then flushed down the toilet!).

Despite all of these variables, the bottom line is that nitrogen that was once in the atmosphere is now in the form of plant matter and will be returned to the soil upon death of the legume, plus your soil has not been depleted of nitrogen like would have happened had you planted leafy greens in that spot instead.

While any legume grown and allowed to decompose back into your soil is doing your garden some good, you can “super charge” the process by the following:
🐞For larger areas like food forests, plant lots of nitrogen fixing shrubs and trees. These can provide protection to your young fruit trees and a constant “chop and drop” of their branches will add nitrogen to your soil year after year. I planted lots of my local wattle to serve this purpose. It is fast growing, perfectly suited to my climate, and I know the necessary rhizobia bacteria is already present in my soil.
🐞In a small garden plot, plant a legume crop specifically as a “green manure” and incorporate it back into the soil at early flowering. Do not allow the plants to produce seed pods
🐞Do your research and plant legumes that fix higher levels of nitrogen
🐞Mix a grain crop in among your legumes. Grains add a high carbon content to the green manure (alongside the high nitrogen of the legumes you start to see the C:N ratio coming into play – something all you composters out there will be all too familiar with). Grains will also catch and store excess nutrients from the soil and help prevent them leaching away. This includes taking up excess nitrogen, leaving less for the legumes (which are then forced to fix their own atmospheric nitrogen rather than take it from the soil).
🐞Inoculate your legume seeds with the correct strain of rhizobia bacteria

To make this easy, many online seed suppliers are now selling winter and summer green manure seed mixes. They should also be able to provide you with the correct inoculant. Now that’s half the job done for you so….

… run outside and create your oasis!!
Jo